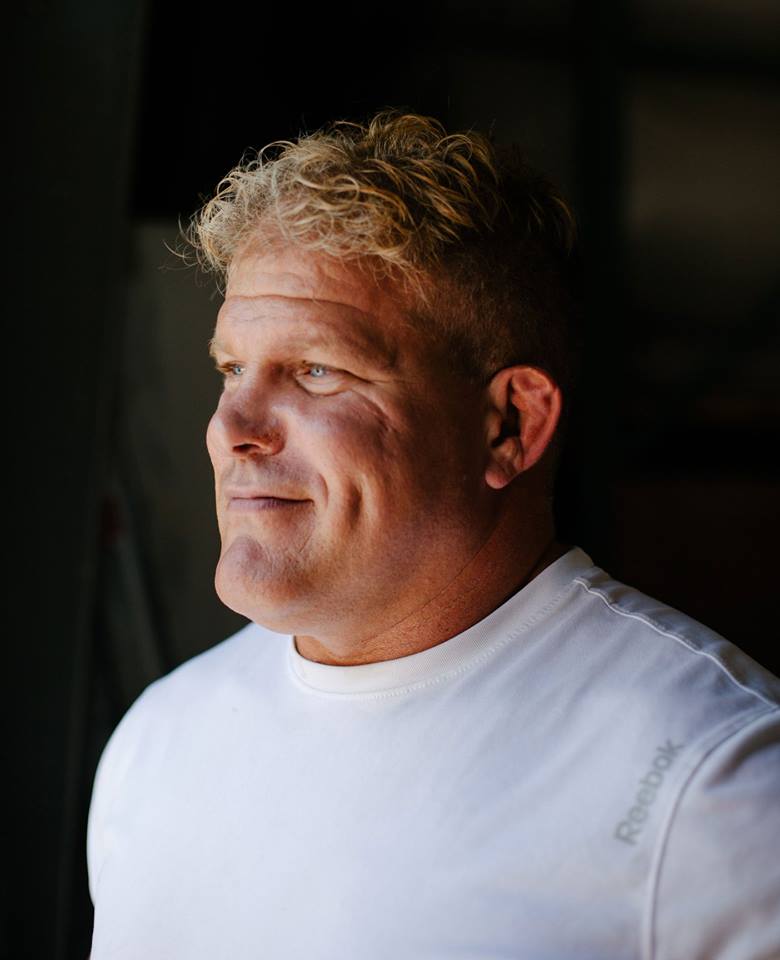 Joey Galasso served three years in prison for armed robbery, but the experience didn’t break him. He emerged from prison and founded a successful flooring company in his hometown of Gainesville. But despite serving his sentence and reshaping his life after prison, he has been denied the right to vote by Florida’s clemency board, and he’s still trying to figure out why.

Q
What was your childhood like, growing up in Gainesville?
A

I grew up on the east side of town, and that’s a little tougher growing up. I have a twin brother, and he was always the physically bigger one, and I’m the runt. So I was bullied a lot. Then I think at 12 years old, after I got bullied for the last time when these dudes took my motorcycle, I went home and said, “Dad, I want to get into karate.” So after that, I went, lost the weight, got in shape, started training a lot and just became really good at it. My brother, too.

Q
Did you have a job as a teenager?
A

I started doing flooring when I was 15. I did it in the summer, and then when I was 16, I had to get a full-time job. So I quit school, started working doing floors and construction. And my dad was a manager at the Publix grocery store, so I worked for Publix too. When I was 18 years old I went back and got my GED, just walked in and just took my test and passed it. But I worked. I always worked.

It's not about me. It's about the men and women getting out that who should have an easier path to get their rights back than I did.

Q
When did you go to jail and what were the circumstances that put you there?
A

I went to prison on April 15, 1999. When I was younger, I knew where all the drink specials were from Tuesday night to Saturday night. So it was always just going out, just drinking and partying. And my brother was living with me, and he had a drug problem, which I wasn’t really fully aware of. So he robbed some Subways, and used my bicycle to do it. There was another co-defendant who told the police that I was the mastermind, even though I never robbed anything. He completely did it, but I didn’t have any money or no way to prove it. They arrested me for an accessory to commit armed robbery, and gave me eight and a half years. What could I do? I made a bad choice about being around the wrong people. They said in court if I pled to two counts of armed robbery, which were a heavier charge, they would give me three years, and I’d already been six months. I got out October 31, 2001.

Q
Where did you serve your time?
A

They sent me to Lake Butler, which is the flagship of the Florida prisons and an old-style prison. And they said, “We’re putting you on the chain gang.” So I had to pound locks on chains, and I had a pick axe and a shovel. And as they were walking me down after two months in, I’m walking down the fence and I see double razor wire. And I look down at my legs, and it was the biggest reality that ever hit me. I said, “Man, what in the heck am I doing here? This only happens to other people. ” I remember the feeling. It was a moment of clarity, to it was just everything at that point seemed surreal. How’d I get here? What did I do? At that point I realized that I was gonna separate myself from people that did the wrong thing. I knew it wasn’t about me not partying and drinking, drugging, and all that. It was more about me keeping myself away. It’s one of the greatest things I’ve taught my children today, and it’s definitely one of the greatest things I’ve taught the boys and the guys that I’ve mentored.

Q
After you finished your sentence you got back into the flooring industry and started your own business?
A

Yes, my business is called Standing Solutions, here in Gainesville. I’m an expert in the flooring industry. I go to court for cases when there’s a flooring failure, so my clients have been Walmart, Walgreens and others.. I’ve been involved in some high-end cases where I have to come in and assign blame. So I’m at the top of my field when it comes to flooring. I know I don’t look like it or don’t act like it, but I am serious when it comes to floors. I am. 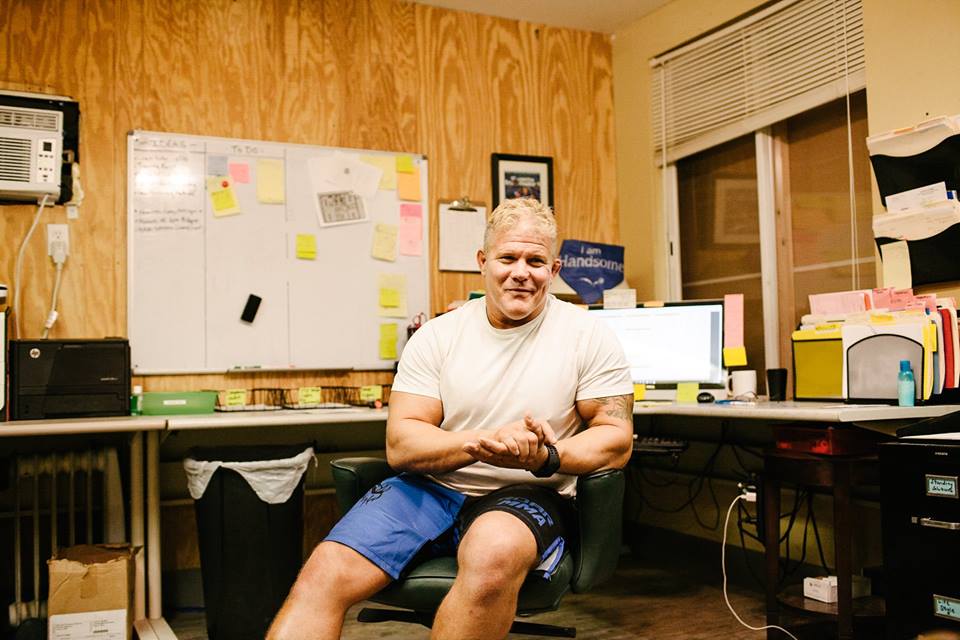 Q
So with your criminal record, you had to wait five to seven years before you could petition the clemency board for your civil rights back, and get your voting rights back. Can you describe that process?
A

When all inmates are released from the Florida State prison system, they immediately go through classification through a classification officer. Most people sign the petition for their rights before they get out of prison, and that’s your petition for your rights. Most guys that care. I cared immediately, because one day I wanted to have a voice. I knew that I was a changed person. I knew that I would be a part of the community, and I knew that I would have children. I knew I’d be married. I envisioned all of it. So of course, it was important to me to have that voice.

Q
And how did the process proceed after you signed the petition for your rights?
A

After two years of being out, in 2003, I got a letter from the clemency board, and that said, “We can’t actually review it, because you have a bunch of stuff blended in with your twin brother.” So I had to start separating my stuff from my brother, which was a complete nightmare, because I’m Joseph James Gallaso and he’s James Joseph Gallaso. That process lasted five years, to separate us to where they would even talk to me again. Five years. But in 2008 I complied with everything. I did everything I could. I did everything they asked me to do.

Q
And then what happened? Did you meet with the clemency board?
A

In 2010 they finally came to give me an interview. I remember I was so excited. I was working for Publix at the time and I always wore a shirt and tie, so I wore a shirt and a Jerry Garicia tie, because they’re cool as hell. And the guy said to me, “Everything’s in order. I know it’s been a long time for you.” He says most people give up, and I hadn’t. I had all the paperwork. I had tons of letters from people – friends, cops. I’m even friends with a judge, saying who I am today, the things that I’ve done, my character, who I am. The father that I am, the business owner that I am. The man that I am. It was great to hear a lot of it. 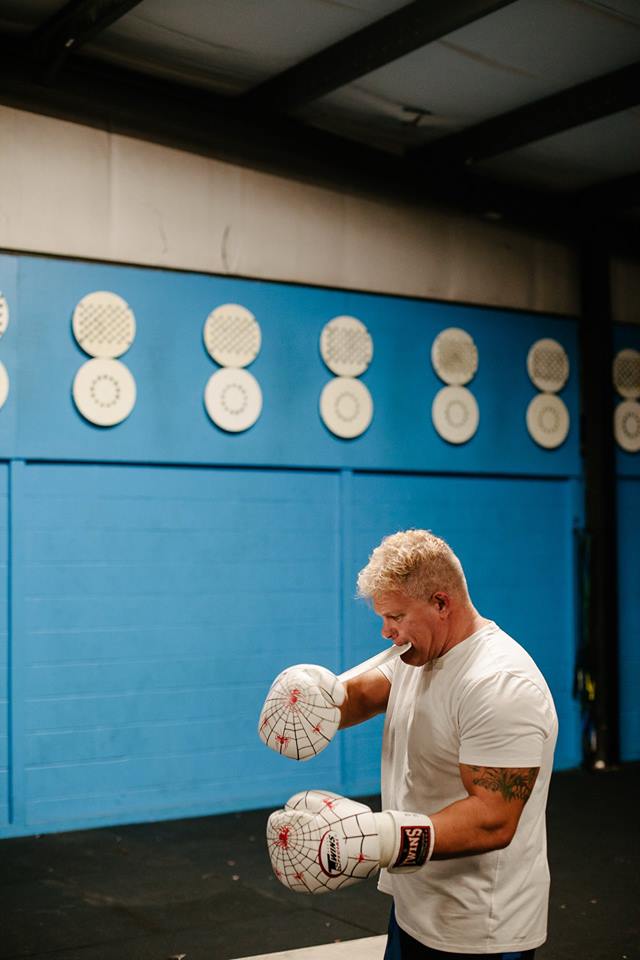 Q
So you drove to Tallahassee to present your case in front of Governor Rick Scott, the final step before you can get your rights back…
A

Yes, in 2013 we got a chance to get in front of Rick Scott. They have a bunch of people that they go through who are trying to get their rights back too, so it takes two and a half or three hours. And then he finally got to me, and one victim showed up of one of the robberies of Subway. He just happened to be in the Subway that day when my brother robbed them. But even he said he agreed with me getting my rights back. And Rick Scott says, “I see you’ve changed your life, and you turned around since you’ve been out of prison. But you have these speeding tickets, and you still broke the law.”

Q
You lost your clemency hearing over speeding tickets?
A

I have three speeding tickets. But speeding tickets aren’t breaking the law. They’re a traffic citation. But Rick Scott has said there’s no laws or no standards or anything for this process, and he can do what he wants when it comes down to giving people their rights back. It was devastating. It was devastating, because it devastated my wife. I guess the way she looked at it was like, “Wow, you couldn’t keep from getting three speeding tickets to make you get your rights back?” But it really had nothing to do with the three speeding tickets. It had everything to do with Rick Scott and him making that decision and not getting a full understanding of who I was. I don’t think it’s anything personal. I just think he made a judgment call based on three tickets.

Q
You’re a plaintiff in the Hand v. Scott court case, which argues that the standardless process used by the Florida clemency board to restore voting rights violates the equal protection clause of the 14th and 1st amendments. Why are you still fighting? Why haven't you given up yet?
A

Q
A lot of people are thinking about Amendment 4 and how big the impact will be if it’s passed, restoring the voting rights to former convicts. But a lot of the messaging being used to tell people not to vote for this revolved around the the idea that after you leave prison you can't be a great citizen. What does being a great citizen mean to you?
A

Somebody who abides by the laws of the land. Pay your taxes. Be helpful to other people, be a good parent. And that definition can be broad, but mine isn’t. As I’ve gotten older I found that it’s much greater to give than receive. For what I do for people and the things that I do, it’s rewarding for me. I’m genuine, and I’m honest. Everything you see here is exactly who I am to anybody else. And I sleep well at night knowing that.